Not often we get the chance to share an amazing story. But the other day Cathy was speaking to one of the pound’s Team Poundie save dogs from. They were talking about sticky dogs; sticky dogs are the ones that for some reason stick around for a long time. She told Cathy of a golden cocker spaniel bitch they had had in.
She was extremely scared and shutting down, was chipped but a Polish chip with no UK details. They had called her Honey and she had gone to rescue but the poor little dog was so scared she had bitten someone; for this reason the rescue were worried about rehoming her.
So the pound asked could Cathy find a new rescue to place her in. Knowing the area the dog was from and with the help of ‘super sleuth’ Mandi Kay, this sad dog was posted on all the local Facebook groups. THEY ONLY LOCATED HER OWNER!! The owner didn’t speak English, but understood clearly that we had located her dog. So with the help of fabulous interpreter Monika Tawroginska we spoke to the family. Cathy contacted the rescue, her lovely owner sent her passport, microchip details and photo’s!! It was definitely the same dog!
The rescue very kindly said she could be returned to her family and so Monika drove her to pick her up and they were finally re-united. TOP TEAM WORK #TEAM POUNDIE!!
Sharing those Facebook posts really does help save lives! 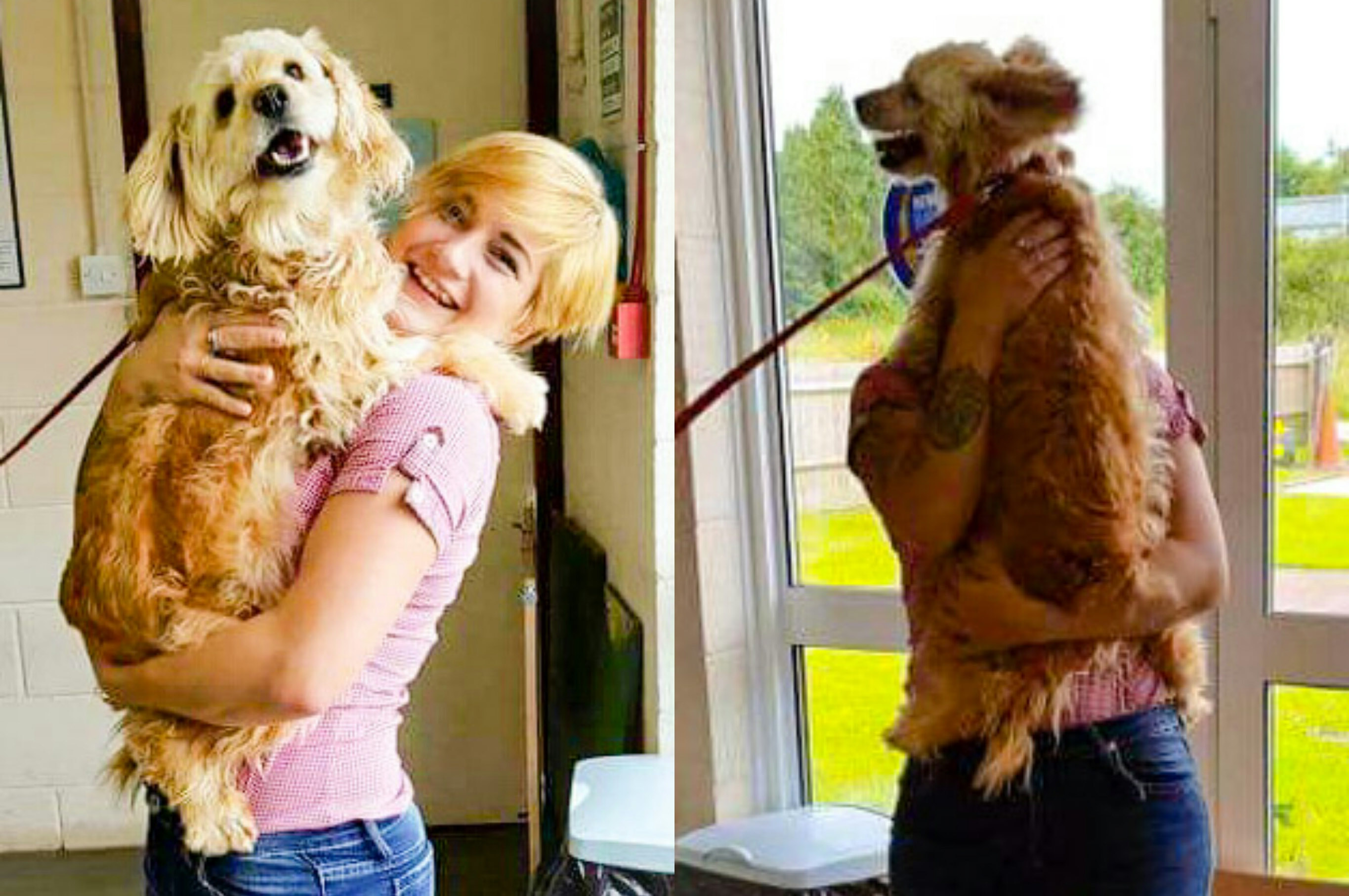 Back in her owner’s arms at last.